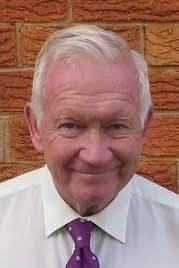 This tribute was written by Pastor Ronald Kalifungwa of the Lusaka Baptist Church in Zambia. It is reprinted here with permission.

Irving Steggles was the pastor of the Birchleigh Baptist Church (Gauteng- SA), a member church of SOLA 5 - an Association of God centered  evangelicals in Southern Africa.

I first heard about lrving Steggles when he was considering a move to South Africa from England. A Reformed Baptist Church in SA that had unceremoniously 'fired' its previous three pastors in quick succession had called him to become their new pastor. A number of pastors where concerned that should he accept that call, he would be setting himself up for a short tenure at that church. Our concerns where duly communicated to him but inspite of knowing about the rather disconcerting situation in that church, he still went ahead and accepted that call and moved to South Africa. And although his pastorate at that church was unsurprisingly short-lived he maintained a fairly good relationship with his former flock up until the time of his death.This spoke of his graciousness.
My next real interaction with Irving was at the Grace Ministers Conference at Mount Grace, in 2006 where l was preaching alongside Derek Thomas and Nelson Kloosterman. He was in the audience and appeared rather 'sleepy', like he was not paying attention to the proceedings.He surprised me when he came up to me to introduce himself and to give me a fairly good feed back on what he was learning from the sermons. "He was paying attention after all" l said to myself.
My relationship with lrving really kicked off at the inaugural African Pastor's Conference in Pretoria. He was the organiser and l preached alongside Errol Hulse (The brain behind the APC) and Robert Dickie (his church was one of the sponsors of the APC). We became friends then and even though l did not not sit on the governing board of the APC, he asked me to help source speakers for the conference in Zambia and elsewhere in Africa.Over the years, we spent a lot of time together travelling between cities and countries on the African continent in our endeavour to train pastors.We prayed together, taught together, ate  together (and drank lots of English Tea), and in one instance in Kenya we even acted as mediators together in a church leader's dispute.
Irving passionately loved the Lord.He was humble (i.e. Although he was a much older man and a more experienced Christian, he occasionally sought my advice on various ecclesiastical and pastoral issues and he seemed to take my advice).He was friendly, loyal to his friends,an encourager of men, consistent and a true man of integrity. He no doubt had his flaws too.He would be the first one to admit that he was a man with feet of clay.
Irving was a devoted pastor. He had many bright moments as a pastor at Birchleigh but He didn't always enjoy a thriving ministry. That notwithstanding, he was always devoted to preaching and to pastoring his people. He had a burden for black communities (i.e. Tembisa) and in various ways tried to support efforts at reaching those communities with the gospel with a view to planting solid biblical churches there. He helped inspire many black young men and women to understand and love the doctrines of grace. He also inspired and supported a number of promising black young men to seek reformed theological training (mainly at London Seminary) with a view to preparing them for future ministry in South Africa. Some of these young men are now serving the South African Church as pastors and elders and deacons.
Irving endeared himself to the saints in Africa at large and Zambia in particular.Through the APC he ministered to many and made several friends on the continent. Regarding Zambia, he was a regular attendee of our Reformed Family Conference to which be brought a number of his flock and even a family member. He also actively supported the African Christian University project.
Irving enjoyed preaching in the Zambian Churches.Over the last three years, whenever he had a opportunity to visit Zambia, he phoned me to ask if l could arrange some preaching opportunities for him. Opportunities where always aplenty in Lusaka. And when he arrived at each of the Churches he would  be ministering at, people generally thought he was not fit to preach because he was walking on crutches and had to be helped to stand up and walk to the pulpit. He seemed fit for the bed. But when he began to preach, there was a clarity, an authority and a demonstration of the Spirit's power that was unmistakable and that made people cling to his words and forget about his apparent weakness.
No one could keep him from the pulpit. My guess is that if he had woken up from his sick bed, he would have gone right back to the pulpit.His zeal for ministry was irrepressible. He seemed to be echoing George Whitefied who once said, "...for as long as the Lord lendeth me breath l will spend and be spent for Him" . Truly our brother spent and was spent for the Lord. May the name of the Lord be praised.
We will sorely miss pastor lrving Steggles, but are comforted to know that he is safe in the arms of Jesus and that we will see him again in the glory.
at April 23, 2020 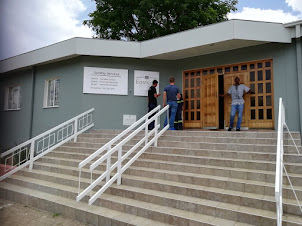